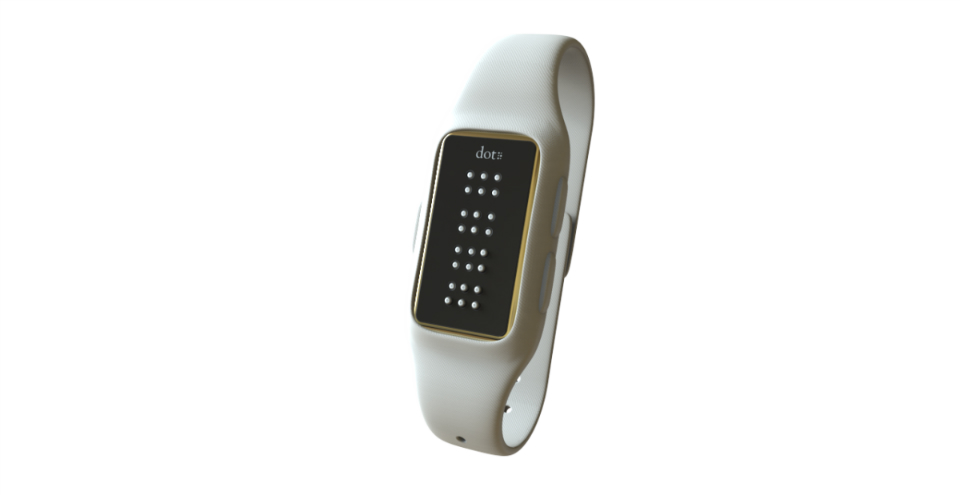 On the surface, Dot sounds like a fairly standard smartwatch: It resembles a Fitbit and features a messaging system, navigation functions, Bluetooth 4.0, an alarm and, of course, a timepiece. Dot is remarkable because it’s a braille smartwatch — the world’s first braille smartwatch, in fact. Its face features a series of dull pins that rise and fall at customizable speeds, spelling out words in braille as the user places a finger on top. With this system, Dot allows users to read ebooks without throwing down thousands of dollars for a portable braille reader. The watch should hit the market for less than $300, with pre-orders staring this year. Plus, Dot has an active battery life of 10 hours, according to inhabitat, so get ready for some serious reading time.

However, building a braille smartwatch comes with a catch: The US-based National Federation of the Blind estimates that just 10 percent of visually impaired people actually learn braille, while the UK’s Royal National Institute of Blind People reports literacy figures of less than 1 percent. That’s why it’s so handy that Dot also features a braille-learning system.

“90 percent of blind people become blind after birth, and there’s nothing for them right now — they lose their access to information so suddenly,” Dot co-founder and CEO Eric Ju Yoon Kim tells Tech in Asia. “Dot can be their lifeline, so they can learn Braille and access everyday information through their fingers, which is the goal of Braille literacy.”

Talk about the Dot Braille Smartwatch with other people who own it too!