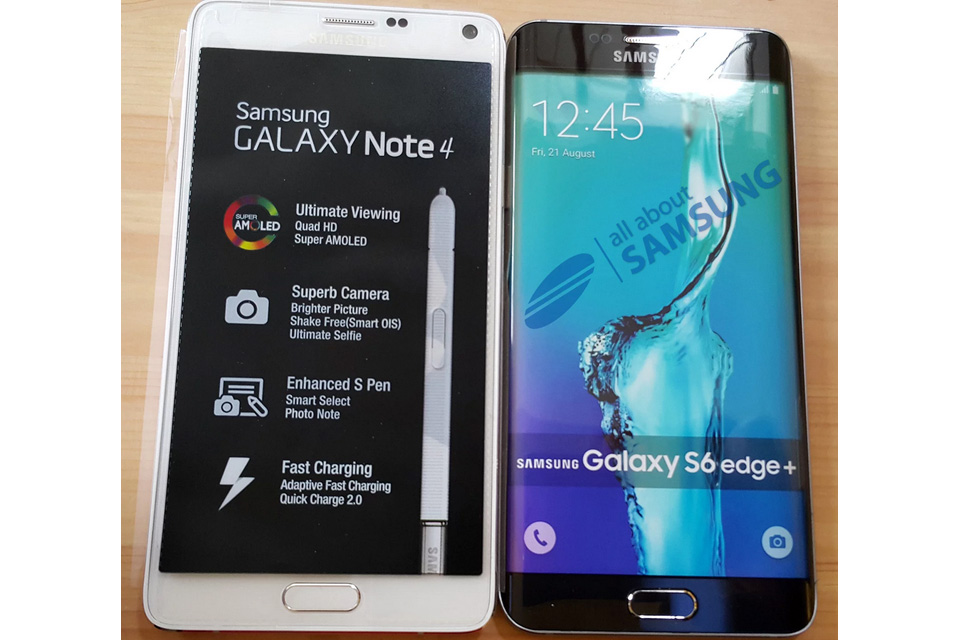 Samsung may not be pinning all its hopes for summer phone supremacy on the Galaxy Note 5. All About Samsung has posted photos of what’s supposed to be a store dummy unit for the Galaxy S6 Edge+, an extra-large version of its dual-curve flagship. There isn’t much to reveal about what’s under the hood, but it’s clear that the screen is about as large as what you’d see on the Note 4 (that is, around 5.7 inches). Also, there are no obvious hardware tricks here — the curve isn’t pronounced enough for a Note Edge-style strip, and you certainly aren’t going to find a pen, microSD slot or removable battery.

As for what’s under the hood? That’s not so certain, although the current talk is that you might find the same eight-core Exynos 7420 chip that you get in the regular S6 Edge. If so, that’ll make the Edge+ little more than an upscaled version of the phone you already know. It’d be a challenger to Apple’s iPhone 6 Plus and its eventual sequel, rather than an upgraded device à la HTC’s One M9+. Not that we’re necessarily complaining, especially as FCC filings suggest that the Edge+ is coming to major US carriers. Historically, Samsung has only offered one giant high-end phone at a time — if this leak is accurate, you’d finally have the choice of additional big-screened Sammys that aren’t big steps down.


SOURCE:
All About Samsung (translated)

Talk about the Samsung Galaxy S6 Edge with other people who own it too!